popen for cli commands and pipes in php

I got a question today about using commands that pipe output to other commands within PHP applications.

There are two functions in PHP that are perfect for the task: popen and proc_open.

The function "popen" opens a process file pointer, basically you have a pointer during the execution of a process. This functionality is often useful when you have one-way traffic (like piping commands on command line).

The function "proc_open" behaves the same as popen, but gives you access to the input and the output, which makes it very useful for reading and writing as you go along.

So let's say you have logic that generates a crontab entry, you can always do this using the commandline.

But when you want to run it as a complete process, you can go about using exec, shell_exec, passthru or system and fiddle with escapeshellcmd. But often this looks messy and not reusable.

A better approach would be to use "popen". A small example would look something like this:

DISCLAIMER: This is not secure code and should not be used as-is in production environments! 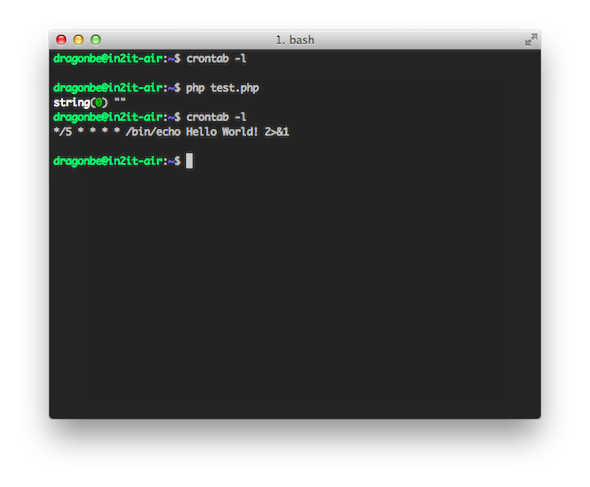 Build it as a feature element and you now have a piping functionality you can nest, embed but most of all: reuse.
Labels: command line commands php pipe pipes popen proc_open