If you were last week in Chicago, you've might felt the city was buzzing PHP all over the place. php[tek] 2013 was taking place at the Sheraton Gateway Suites Chicago O'Hare in Rosemont, just outside of Chicago city.

This year it was also the first time Musketeers.me, a php consulting team from the East Coast, was running the show, putting their own signature onto the event. And with great success I might add. A well deserved applause to Eli White, Kevin Bruce, Sandy Smith, Oscar Merida and of course the Beth Tucker Long for their unlocked achievement running a great conference.

For me was also the first time I was running the uncon, where attendees and conference speakers could propose talks they wanted to present at the uncon and have other attendees vote for them.

One uncon talk really stood out: "Open Sourcing mental illness" by Ed Finkler (@funkatron) where he discussed the issues people face who suffer a mental illness. It was an emotional talk where Ed described his own experiences and how his mind made him think about things differently then the rest of us. For me it was a real eye-opener and made me understand that there are people that don't really take things for granted.

This year's edition was filed with very good talks and it's almost impossible to give my feedback on all of them. A few talks that I attended really stood out that I would really want to promote here.

Chris Cornut, the driving force behind phpdeveloper.org, talked about "Beyond the Basics: Security with PHP" where he did not just list the top 10 of OWASP, but also gave good advices on how to protect yourself against most of the common attacks. A good closing hint: be better secured than the next guy.

Jeremy Kendall was giving good advice on how to improve your code you wrote a couple of weeks or months ago in his talk "PHP 102: Out with the Bad, In with the Good". What I like about Jeremy is he can bring very complex subjects in an easy, understandable way that even a novice can understand complex software engineering stuff. And so he did with this talk.

One talk I missed which I really wanted to see was the Distractions talk of Sean Prunka, or how to deal with distractions when you're a developer. When I look at the reviews on joind.in I see he did an amazing good job giving this was his first conference talk ever. So hopefully he will do a webinar or an online recording of this talk *hint, hint*.

This year my company was sponsoring the hackathon and can be called a good success, knowing we had to compete against Lego fun party. According to Lorna a bunch of pull requests were made for joind.in (the community feedback platform for conference speakers). And we captured the first pull request on twitter.

Can I get a woot? First @joindin pull request of the night has been merged at #tek13 hackathon!
— Lorna Mitchell (@lornajane) May 16, 2013


At the introduction of the hackathon we also had a nice surprise for Mr. Keith Casey from his colleagues at Twillio where he worked 2 years now.


And of course the hallway tracks were not only fun, but also hugely valuable for the community. A spontanious group were giving lessons on doing TDD, others were hacking on gadgets, or just having discussions on best practices. Guess who talked about "how to get started with a user group" and got 3 people stating they would either start or reboot a user group in their area. So Riga in Latvia, Charlottesville in Virginia and Paris in France: get ready as there's a php user group coming near you!

In my experience the best php[tek] ever, and I'm really looking forward to the 2014 edition. If you don't believe me, have a look at the pictures taken at php[tek] 2013. They will tell the story. 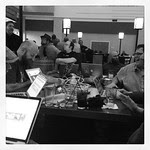 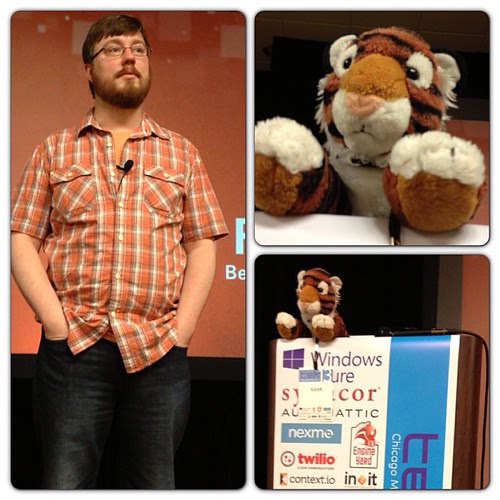 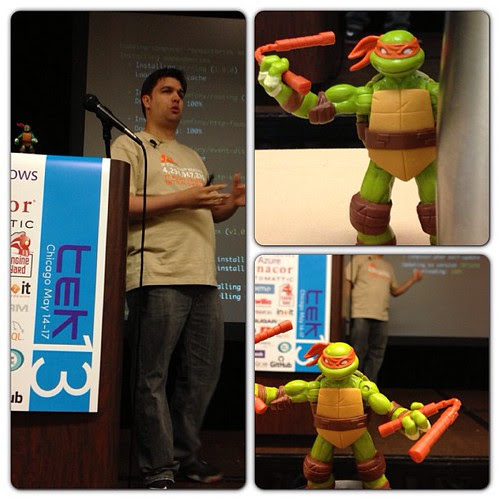 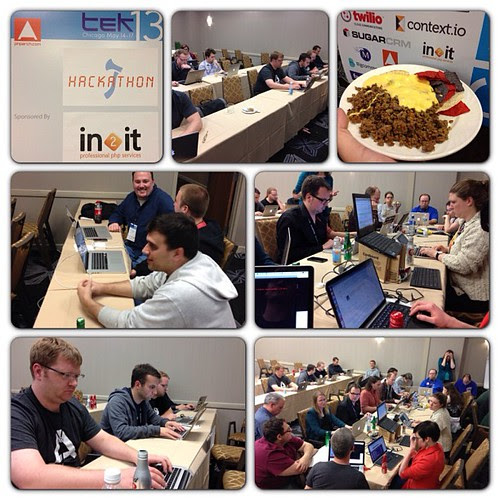 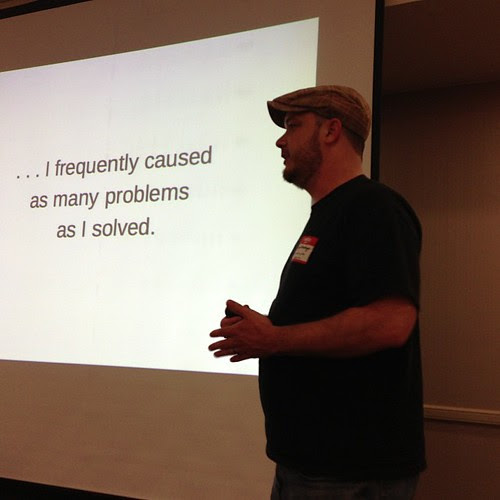 Speeding up database calls with PDO and iterators