If you're involved with PHP and you haven't heard of ZendCon before, you have been around the wrong croud!

The past week was reserved for the biggest PHP event of the year bringing you the best of the best the open-source and commercial world have to offer developers and businesses. And it rocked, big time!

With a full day of tutorials and three days of top-notch presentations given by people that make things happen in the PHP ecosystem, you got a real bargain for your money.

Besides these brain overloading sessions, Keith Casey, king of the uncon sessions, hand-picked the best sessions rated and presented by the audience itself. And even though the main conference was mindblowing, Keith made sure that people had a hard time choosing between main tracks and uncon sessions. Job well done Keith !!!

I was scheduled for three uncon sessions myself.

On Monday I talked about unit testing with PHPUnit and Zend Framework.

On Tuesday Anna Filina, Bradley Holt and I talked about the role of PHP user groups and provided tips on (re)starting a user group, how to get involved with open-sourse projects and how to get sponsorships from local businesses and big enterprises. I made a recording of the session, but sound quality is poor, so I need more work on it to improve it. Stay tuned for more.

On the third day I was scheduled for my "SPL, not a bridge too far" session but I (and others) were a bit too late for such an early schedule due to the fact that Microsoft was giving an awesome party downtown San Francisco to celebrate the release of Windows 7.
Because we parked our rental car in a car park that closed around midnight, we were happy we could join other conference attendees and speakers on a party bus bringing us back to the hotel where we arrived at about 4am.

Conversations on community stuff with Keith Casey and Anna Filina kept us out of bed until way passed 5am leading up to the fact that I arrived late at my own session scheduled for 8am.
Luckily no one was there to miss me, but still… ariving late at your own gig is so 80's.

A few good things were braught to the attention of all attendees.

ZendCon proved to be the top-notch PHP conference of this year, seeing lots of old and new friends giving the best of themselves. Like the German PHPcc who gave an awesome amount of tutorial, main and uncon sessions, my dear friend and genius Matthew Weier O' Phinney who was more on stage then amongst the audience and of course Keith Casey, who ruled the uncon sessions in a magnificent way.
But to be honnest, ZendCon would not exist without the community that gave us PHP, Zend along with S&S for organizing this event and the sponors that pushed the ticket prizes down to an affordable level. Thank you all and see you next year at ZendCon10.
Labels: php zendcon zendcon09 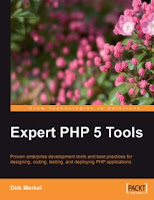