Getting crushed during morning traffic 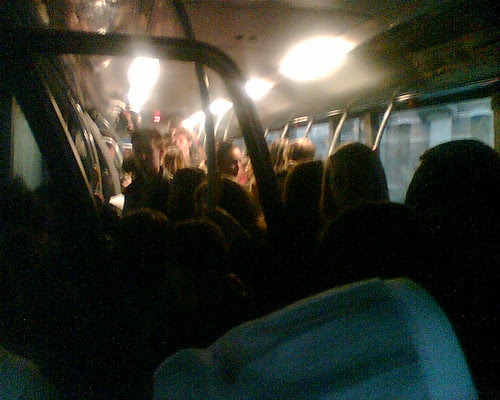 Daily commuting on public transport can be fun sometimes, but most of the times you have to endure a lot of agony. So this morning I ended up in an overcrowded bus, while several earlier buses already passed by fully loaded.

The route I take in the morning seems to be overwhelming for the bus company that doesn't seem to care that their customers and drivers are put in dangerous situations. Drivers don't have a clear view outside while taking turns, people are packed up all the way up to the front windshield and everyone gets crushed when people are getting on or off the bus.

The drivers themselves are fully aware of this dangerous situation, but the company "De Lijn" doesn't want to change this, according to the various drivers.
Labels: commuting crowd crushed delijn